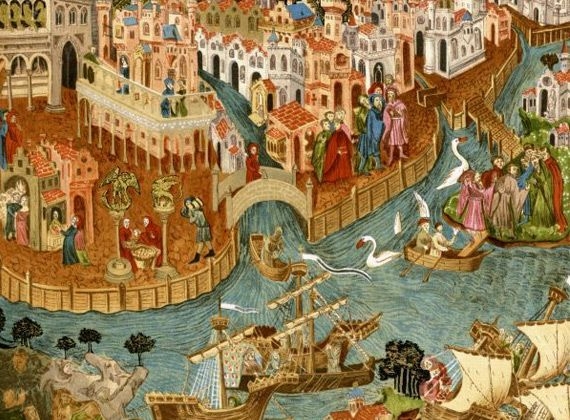 Johann Friedrich Böttger was the most important creator of
European porcelain who was German . He was somehow like a magicion—he said
that he knew how to turn lead into gold. Porcelain was very valuable and
important like white gold, valued for both its longlasting and its elegance,
and also prized for its foreign roots. the first one who brought porcelain to
Europe was Marco Polo, from China, in the fourteenth century: a small
gray-green pot among his plenty of silk purls, spices, and glasses of musky
scents. porcellana was the name that was made by polo. Porcellana means a nicknack in Italian for the pearl, whose bright, white surface porcelain simulates. They look like the bellies of _porcellini--_or little pigs.

the Portuguese and the Dutch established their commercial trade after the sixteenth
century to the Far East, which there transpired a powerful market of export
ware: porcelain dishes particularly made in the east, China for Europe. A porcelain
jug has the stamp of Portugal drawn across its bulbar body in light blue
brushstrokes—except the seal is backward. A Qing plate explains Christ being dropped
by John—with magnolia trees flowering in the background.

It's very easier, cheaper, fewer mistakes and involved less breakage to have  Domestic
manufacturing. But its very hard for Europeans to figure out how to make
porcelain at home.in this field only Marco Polo had ideas and for nearly five
hundred years no one else had any better ideas.” In 1557, someone presented the
more inventive assumption that “they should mix porcelain powder with water.
These are then hidden underground. A hundred years later they are None of this is complete exact.two important things that contain Porcelain are kaolin,(kaolin is china clay, a silicate mineral that gives porcelain its flexibility, its construction; and petunse, its called also pottery stone, this material make  ceramic harder and resistable. Kaolin is the more basic and important  ingredient for pottery, like his glazes,in variations and it takes its name from a mountain in Jingdezhen, China, where porcelain was first made. Another name for kaolin came from a thousand years ago and called Gaoling, which means “high ridge.” Jesuit priest recorded this name wrongly, Pere d’Entrecolles, in the early eighteenth century, in his
letters home explained that  the Chinese the technique of Chinese. But in European countries, for many decades before d’Entrecolles’s opinions, the secret of making porcelain was considered impossible to excavate. in the Edmund de Waal’s new book “The White Road you can read the real story of how porcelain was maid the Journey into an
Obsession,” a breathless journey to, and background of, three very well known white
hills. first one is in Jingdezhen, this city is  still the porcelain capital of the world,
where white potes will sit without no painting on board of wood. The second one
is in Meissen, Germany, where Böttger contented his victory and the first porcelain
manufactory in Europe was settled. The third one  is in Plymouth, England, where a mindful
Quaker named William Cookworthy broke the output proportion, and  it was where the fine-china manufactory Wedgwood was settled