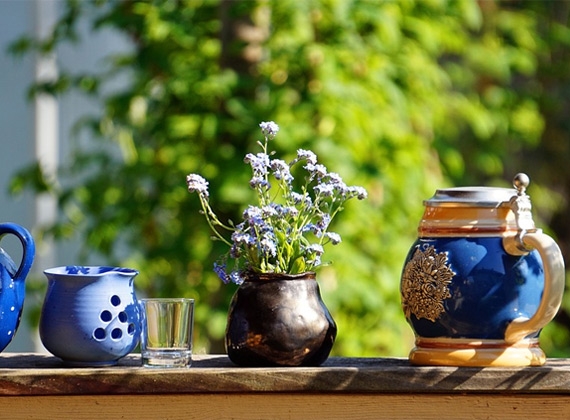 Long time ago in ancient China,art of porcelain painting was symbol of beauty and power. An art without borders Porcelain painting collectors and artists thought to this fact that their perfect porcelain art works will remain for many years later after them. moreover, the exact formula of combination and pigments, the hardness of usage and individual proficiency that go into the invention of each part helps to creating Art and painting on Porcelain one of the most various, beautiful and desired art shapes of all time. --

start of this art was like  an ancient Chinese secret, porcelain became the sign of great treasure and stature as European powers presented it into the West. Nowadays  , art and painting on porcelain is as different and extensive as the many artists who figure out it as a possibility for making great artistic pieces.

1295 AD It is rumored that Marco Polo may have been the first to bring a Chinese porcelain vase to Italy.

Early 1500’s Trade was established with the Far East and porcelain became a valued symbol of luxury and wealth. European powers began to seek the secret of porcelain.

1709 AD Augustus II, King of Poland locked the German chemist, Johann FriedrichBottgu, in a lab until he came up with a formula for porcelain.

America Porcelain made its way to America.

Late 1800’s the cost of porcelain production was so high that it was only made for royalty and nobility.

TODAY this magnificent art form has produced figurines, jewelry, boxes, ornaments, tableware, and so much more!

We could classify Porcelain separately from other ceramics by its clear and glassy appearance  which light can pass through it, its longlasting and stability (porcelain is very hard, much more lasting than other ceramics) also the color of it (white color). The more recognizable these features are, the better the kind of it.

the art  of painting on porcelain is created with drawing on the surface of it with mineral based pigments, usually combined by the painter and artist.after that the porcelain put into a klin temperaturesup to 1200 degrees! The porcelain have to then cold for while, the time of this process even up to a day before it can even be touched. ocasionally these parts must be painted and fired many times before it is ended. It can even be mixed in its fluid form (called veneer) or fired with a plenty of various minerals contained gold, silver, iron and glass to make a diversityof different works of art: jewelry, dolls, sculpture, and so much more.