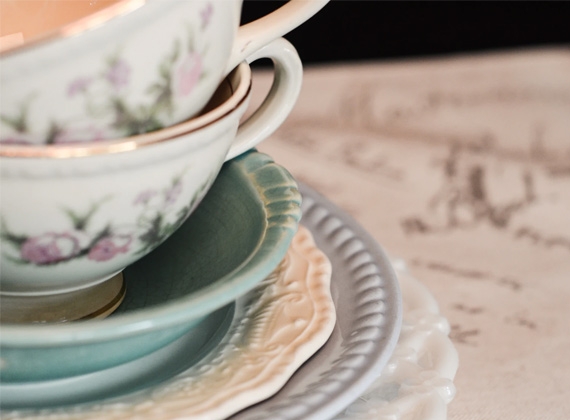 Materials of dinnerware and dishes

In new centuries, flatware is generally made of pottery, ceramic materials like earthenware, stoneware, bone china or porcelain. The success of ceramics is perhaps due to the spread of ceramic glazes, which were slow to grow in Europe; without the glassy apparent they give pottery dinner service may be less hygienic. Tableware can be prepared with other materials like wood, pewter, latten, silver, gold, glass, acrylic and plastic. Before it was imaginable to buy mass-produced dishes, it was fashioned from accessible materials, such as wood. Industrialization and advances in ceramic production made low-cost washable dishes available. It is sold either by the part or as a matched set for a number of diners, typically four, six, eight, or twelve place settings. Large numbers are purchased for use in restaurants. Individual pieces, for example, those needed as extra pieces for broken dishes, can be procured from "open-stock" inventory at shops, or from antique suppliers if the pattern is no longer in production.
Cutlery is typically made of metal of some sort, though large pieces such as ladles for serving may be of wood.

History of dishes and dinnerware

The first pottery in nations around the world does not look to have included flatware, concentrating on pots and jars for storing and cooking. Wood does not survive well in most spaces, and through archaeology has found few wooden dishes and plates from prehistory, they may have been shared, once the utensils to fashion them were accessible.
Ancient elites in most cultures favored flatware in valuable metals ("plate") at the table; China and Japan were two main exceptions, using lacquerware and later fine pottery, particularly porcelain. In China, bowls have always been preferred to dishes. In Europe pewter was regularly used by the less well off, and finally the poor, and silver or gold by the rich. Religious thoughts influenced the options of materials. Muhammad spoke in contradiction of using gold at the table, as the modern elites of Persia and the Byzantine Empire did, and this greatly encouraged the development of Islamic pottery. On the other hand, Hindus refused to eat off pottery.
In Europe, the elites eaten off metal, typically silver for the rich and pewter for the middling classes, from the old Greeks and Romans until the 18th century. The trencher was a big flat piece of either bread or wood. In the Middle Ages, this was a normal style of serving food, the bread also being had; even in elite dining it was not completely changed in France till the 1650s,[5] though in Italy maiolica was used from the 15th century. Orders survive for large services. At an Este family wedding ceremony in Ferrara in 1565, 12,000 plates painted and drawn with the Este arms were used, however, the "top table" probably eat off valuable metal